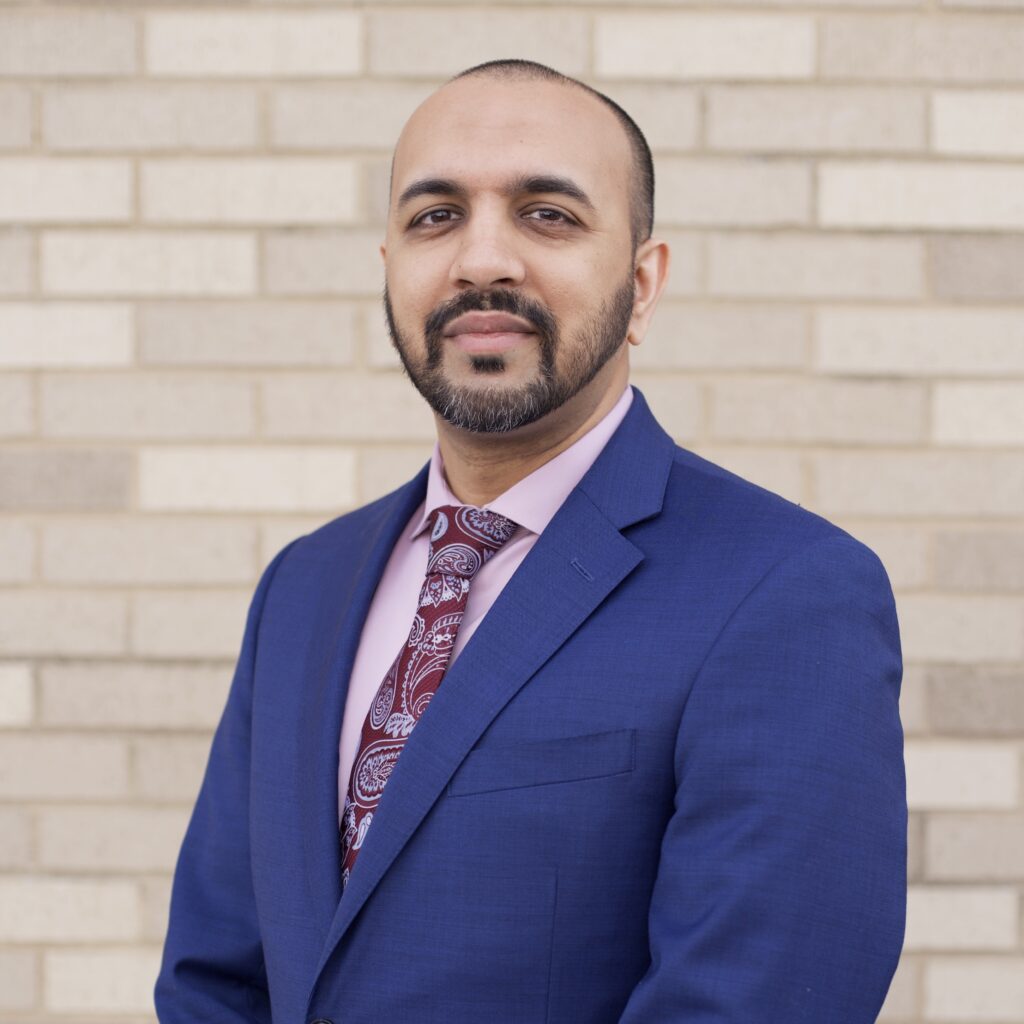 As one of the founding members of the law firm of Kondori & Moorad, Waseem received his undergraduate degree in Electrical Engineering from George Mason University. He also graduated from the Honors College, which comprised of the academic top half-percent of the student enrollment at the institution. Waseem received his law degree from the University of the District of Columbia, David A. Clarke School of Law, where as a member of the inaugural part-time evening class for the institution, he dedicated nearly 1,000 hours of pro-bono clinic work in his third and fourth years of law school, aiding aspiring minority and woman entrepreneurs start and develop small businesses across the District of Columbia.

Waseem spent 15 years at the United States Patent and Trademark Office (USPTO), where the first half of his career was as a Primary Patent Examiner in the electrical and computer arts of Technology Center 2600, specifically examining and prosecuting patent applications within the display device and touch input technologies. He also spent an additional seven years of his tenure as a Supervisory Patent Examiner (SPE) in the petroleum and mechanical areas of Technology Center 3600, managing over three dozen examiners in the downhole drilling and earth boring technologies, and receiving multiple accolades for his leadership and training during that span.

Prior to the pandemic, Waseem was selected to be a part of senior management of patent operations at the recently-established USPTO Texas Regional Office (TXRO) in Dallas, where he not only served as a legal and technical resource for over 100 on-site patent examiners, but also traveled across various southern states assisting and teaching inventors, attorneys, universities, small businesses, large corporations, and the general public on various matters related to patents, trademarks, copyrights, and trade secrets. He further met with and educated foreign diplomatic delegations on intellectual property rights, protection, and strategies of international corporations within the United States. Waseem was also responsible for teaching patent attorneys and agents, as well as newly-hired examiners within the Patent Training Academy, the fundamentals of patent law and prosecution, as defined by the Manual of Patent Examination and Procedure (MPEP).

As a result of his legal, supervisory, and teaching experience, Waseem was appointed to be a Visiting Assistant Practice Professor of Law and Director of the Detkin Intellectual Property and Technology Legal Clinic at the University of Pennsylvania Carey Law School in Philadelphia. Through his involvement with this prestigious Ivy-League institution, he currently guides and assists upper-level law students through pro bono legal representation of clients on multi-disciplinary issues and strategies within IP law.

Outside his legal practice at Kondori & Moorad, Waseem has established many successful private enterprises, including the founding of the Central Basketball Association, where over a six-year span as President, he worked directly with affiliates and representatives of the NBA, NBA G-League, NCAA, NAIA, and FIBA to assist in career advancement opportunities for college basketball players domestically and abroad. He was also personally responsible for leading, overseeing, and managing international basketball development operations in Antigua, Brazil, Canada, Dubai, St. Kitts, and Taiwan. Additionally, through his engineering, legal, and business background, Waseem has also been actively involved in real estate investment for many years, including establishing multimillion-dollar companies that currently oversee numerous residential and commercial property rehabilitation, land development, and new home construction projects across the Commonwealth of Virginia.

In his free time, Waseem enjoys both domestic and international travel, having been to over 35 U.S. states and territories as well as over 25 countries, and learning about various cultures, customs, and languages. He is also a passionate football and hockey fan, supporting his local professional sports organizations: the Washington Redskins and the Washington Capitals.

Waseem is currently admitted to practice law in the Commonwealths of Virginia, Massachusetts, and Pennsylvania, as well as the State of Maryland, District of Columbia, and the U.S. Virgin Islands.

• “The Impact of Counterfeiting and Piracy on Health & Safety and the Economy” Nashville Bar Association. Nashville, Tennessee.